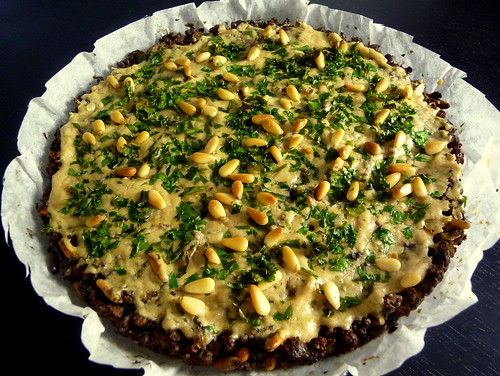 A new lecture series in Jerusalem provides an unusual insight into Israeli literature by exploring the role of food in the novels of writers including Meir Shalev and Chaim Nachman Bialik, as well as in novels about Jerusalem.

The lectures are presented by Gil Hovav, a food journalist, TV personality and cookbook author, and Nir Zook, a celebrity chef, and are hosted by cultural centre Beit Avi Chai at The First Station, Jerusalem’s old railway station.

Hovav and Zook are interviewed about the series in Tablet magazine.

Our first meeting as a network took place last month in York. We were really pleased to see our early hopes of making cross-period and interdisciplinary connections realised in some fascinating and thought-provoking conversations during the two days of the workshop, and hugely grateful to all the members who were able to make it, especially those who travelled long distances to join us.

I’ve tried to condense some themes from the workshop in the following post, but if you were at the workshop, please do comment with any further recurrent topics that you noticed. If you weren’t, we’d love to hear the ideas that you think we could explore in future.

We began the first day with 5-minute presentations from members on their interest in Jerusalem – an exercise that worked surprisingly well, with everyone keeping to time and offering some thought-provoking questions and ideas! This quick-fire conversation uncovered some interesting points of connection between different periods, geographical contexts and disciplines, and highlighted exciting new areas of research.

END_OF_DOCUMENT_TOKEN_TO_BE_REPLACED

Reza Aslan will be speaking in York on 26th March about his new book Zealot: The Life and Times of Jesus of Nazareth.

The talk is free and is being hosted by the Writers at York initiative at the York Medical Society.

You may recognise Aslan’s name from a clip which went viral last year, in which a Fox News presenter asked repeatedly why a Muslim would want to write a book about Jesus.

“My job as a scholar of religions with a PhD in the subject is to write about religions,” Aslan maintained, in response to the presenter’s persistent (and bizarre) line of questioning.

The talk promises to be a fascinating chance to hear Aslan’s own perspective on the argument of his book and the controversies it has generated. Not to be missed!

You can read more about the event and register to attend here.

Following on from our last post on narratives of Ottoman Jerusalem, those who are interested in this period might like to attend the next workshop of the AHRC-funded research network Ottoman Pasts, Present Cities: Cosmopolitanism and Transcultural Memories.

The workshop is called ‘Visualising the Ottoman City’ and will take place at Birkbeck College, University of London on 28 March 2014. The workshop is the third in a series.

Further details about the workshop can be found here. The workshop is free to attend, but registration is required.

The memoirs of a resident of Ottoman Jerusalem, newly published in English, give an important insight into everyday life in an era about which little is widely known, writes Sarah Irving in a review for Electronic Intifada.

The Storyteller of Jerusalem collects the memoirs of Wasif Jawharriyeh, an administrative worker, merchant and silk farmer, from 1904-1948.

The duration of the memoirs cover a period of major transition, including the dissolution of the Ottoman Empire, the rule of Palestine by Britain under the Mandate, and the creation of Israel in 1948.

The volume is introduced and edited by Salim Tamari and Issam Nassar. Tamari previously provided the foreword to an English translation of another valuable early-twentieth century Palestinian memoir, A Young Palestinian’s Diary, 1941-1945: the Life of Sami Amr, and published a collection of essays on this period.

Jerusalem life as described in Jawharriyeh’s diaries contrasts sharply with accounts of the city found in colonial texts. As Irving writes:

“Jerusalem in the 1920s, it seems, was less the traditional backwater depicted in some accounts of the British Mandate, and more a city whose affluent cultural scene was a smaller version of that to be found in other cosmopolitan capitals in the region and across Europe.”

At the same time, Irving highlights a “growing sense of darkness” in Jawharriyeh’s memoirs, which we read now as a document from a lost society and, as she notes, “a bitter-sweet glimpse into what Jerusalem might have been.”

Our London conference will be taking place on 6-7 November 2014 at King’s College London.

The conference, along with a number of related public events, will explore the role of memory in relation to imagining Jerusalem.

The call for papers will be available here soon, so please check back for more information in the near future.